It has been said that “no man is an island”. Human beings do not exist independently of one another: from a very young age, our lives are defined to a large extent by our relationships with those around us. In fact, research has shown that babies can receive all of the necessities of life, and still die from lack of touch.

As we grow up, our relationships become increasingly complex and more numerous. When most of us begin life, our only significant relationships are with our parents and siblings. Later on, we form relationships with teachers, classmates and sports team members, and ultimately, our romantic connections and spouses, and our own children.

Every relationship is unique, a product of the people who are a part of it. And because no two people have identical sets of beliefs, lifestyles and opinions, struggles are bound to happen. Not only are conflicts inevitable, they are actually a healthy part of most relationships.

The causes of relationship conflicts depend on the nature of the relationship. Grade school children are in a constant power struggle with one another as they learn how to form friendships and become accustomed to new routines. Teenagers clash with their parents over how much independence they should be granted. Married couples experience financial disagreements, mismatched sexual needs, differences of opinion regarding parenting, and much more.

Essentially, a conflict happens when two people have two different opinions about something, and they both believe they are right. This can result in a power struggle, in which both parties fight to defend their point of view, or a situation in which one of both parties come away from the disagreement with something other than what they wanted. 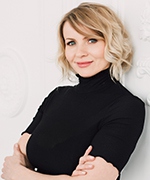 Finding the right therapist is one of the challenges of starting therapy. We offer FREE 20 minute consultations to ensure we find you the perfect therapist from the onset.

Booking a session is fast, easy, and secure. Start your therapy journey today and we'll guide you every step of the way.

InnerSight Psychotherapy has a team of therapists and counsellors who can help you and your loved ones get to the root of your difficulties and learn how to solve conflicts without anger and resentment. We will help you acquire a variety of tools and skills that include the following:

If you are struggling to resolve a conflict or troubled relationship with someone you love, call us today, and let us guide you toward a lasting solution.