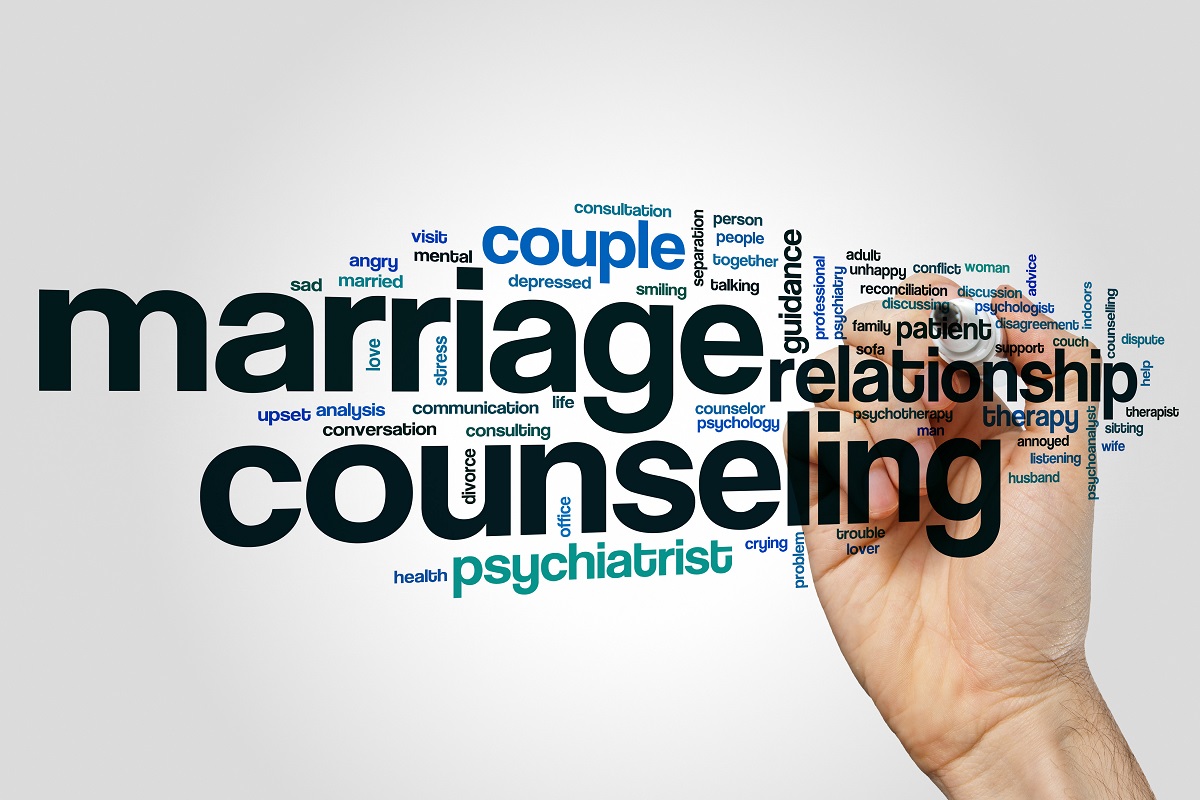 According to most statistics, the rate of divorce has been decreasing over the last several years. While this may be due in part to better marital communication resulting from marriage counselling, it is important to remember that the rate of marriage has also been decreasing. This change is offset by an increase in the cohabitation rate or the number of couples who live together without getting married.

The point is that relationships are about more than the presence or absence of a marriage certificate. If you are living with someone, you have a lot invested in that relationship. You have made a home and built a life together, you might have pets, you may have had children.

All relationships hit their rough patches. Sometimes couples can work through the bad times by themselves, but sometimes they may need a bit of help from an impartial professional, who can look at their life together objectively and give them the tools to move forward.

If you are going through troubled times with your spouse or partner, here are some reasons for you to consider marriage counselling.

To Learn How To Communicate Better 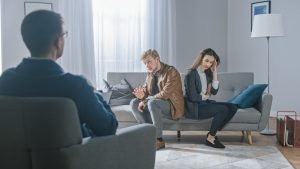 Communication and relationship problems often follow a chicken-or-egg problem. Couples are left wondering if their problems resulted in poor communication, or if it was a breakdown in communication that led to the problems.

In many cases, couples find themselves in a cycle where the issues and the communication breakdowns fuel each other. Once the tone or content of the communication has become disruptive or hurtful, it becomes very difficult to resolve anything. At best, you and your partner seethe at one another in silence, only speaking to each other when absolutely necessary. At worst, you are actively fighting with each other, yelling or saying things with the intention of hurting the other person.

It can lead to an impasse that is next to impossible to break. Marriage counselling can help you and your spouse or partner look at the situation clearly and find ways to communicate effectively. Once the communication starts to improve, in most cases, you will find that everything else follows.

To Learn How To Resolve Conflict

Conflict comes in many forms, and it happens for many different reasons. For example, couples may differ in their spending habits, or they may have some parenting disagreements. Sometimes they can talk things over and make compromises; other times, these differences become sticking points in their relationship. It can quickly become an explosive issue, or it can fester for many years before one or both people in the couple reach a breaking point.

The problem with most marital conflicts is that both people are convinced of the validity of their position. A lot of times, they think in absolute terms: “I’m completely right, and the other person is completely wrong.” If this is happening in your marriage or relationship, it may be the perfect time for you to seek the help of a marriage counselling professional, who will be able to give them the tools they need to see the other person’s perspective and to move forward as a unified pair.

To Heal the Relationship After Infidelity

Many people say that if their spouse or partner were to have an affair, that would be the end of the relationship. While infidelity often does signal an impending separation, it is not always possible to predict. All circumstances are different. Were you and your spouse or partner having problems before the infidelity? How long has the affair been going on? Does the person who engaged in the infidelity feel remorse? Do they want to repair the relationship?

It can be difficult for a couple in crisis to work their way through so many variables, and marriage counselling can help immensely. If both individuals in the relationship are committed to talking openly and honestly, and if they both put effort into the therapy process, the marriage or relationship could be saved. Many couples have weathered the storm of infidelity and still been at each others’ side decades later.

The movies tend to depict marital strife as couples who incessantly argue and engage in infidelity. But this is not always the case. Problems can be present in relationships in spite of the couple loving each other deeply. They may have simply lost their sense of intimacy, or they may have stopped spending time with each other.  In essence, these individuals are living more as roommates than as a married couple.

That is not to say that couples should be doing things together all the time. On the contrary, it is important for each person to have some degree of independence, and for each to pursue their own interests. But if they find that they are merely occupying the same home without spending quality time together, they may benefit from a marriage counselling professional who can help them rediscover that spark in each other.

To Work Through Negative Feelings in a Healthy Way

Almost everyone goes into their marriage with prior baggage. They carry with them the memories, emotions and regrets that are leftover from previous relationships and life experiences. New baggage also forms during the relationships as a result of financial difficulties, bereavements, illnesses and many other factors.

All of this can be kept under the surface for a while – in some cases, for decades – but it has a way of eventually bubbling up to the surface. For example, someone who was abused as a child may suddenly start to say hurtful things to their spouse thirty years later, as a result of a long-buried memory or emotion being triggered.

This can leave the people in a relationship feeling resentful and negative, and marriage counselling can help them explore these emotions in a way that helps them move forward.

To Be in the Relationship for the Right Reasons

How often have you heard someone say that they are staying in an unhappy relationship “for the sake of the children”?

This is problematic for a number of reasons. Marriage is not between a parent and a child – it is between the two individuals who are in a relationship with each other. All too frequently, this relationship is unintentionally neglected when the couple has children. This is understandable: any parent can attest to the fact that caring for a newborn is all-encompassing and exhausting. If the child has special needs, this is compounded.

When couples get the point of being in constant conflict, it is often simply a sign that they need to spend some time on their relationship. But they should do this for each other, not for the children. After all, children are far more intuitive than we sometimes give them credit for, and putting on a brave face for them does not fool them. A better course of action is for couples to get the help they need in the form of marriage counselling, to get their relationship back on track.

To Explore All Solutions Before Separating

It is a sad reality that not all marriages can be saved. Sometimes, a couple will try everything. They will spend more time together, make real efforts to be financially stable or be on the same page when it comes to raising their children, or work on whatever issues are plaguing them, either individually or as a pair.

They may get to the point where they have exhausted all of their options. If they have not yet seen a marriage counsellor, this might be the perfect time to consider it, because there is always a chance that there is something they have not tried. 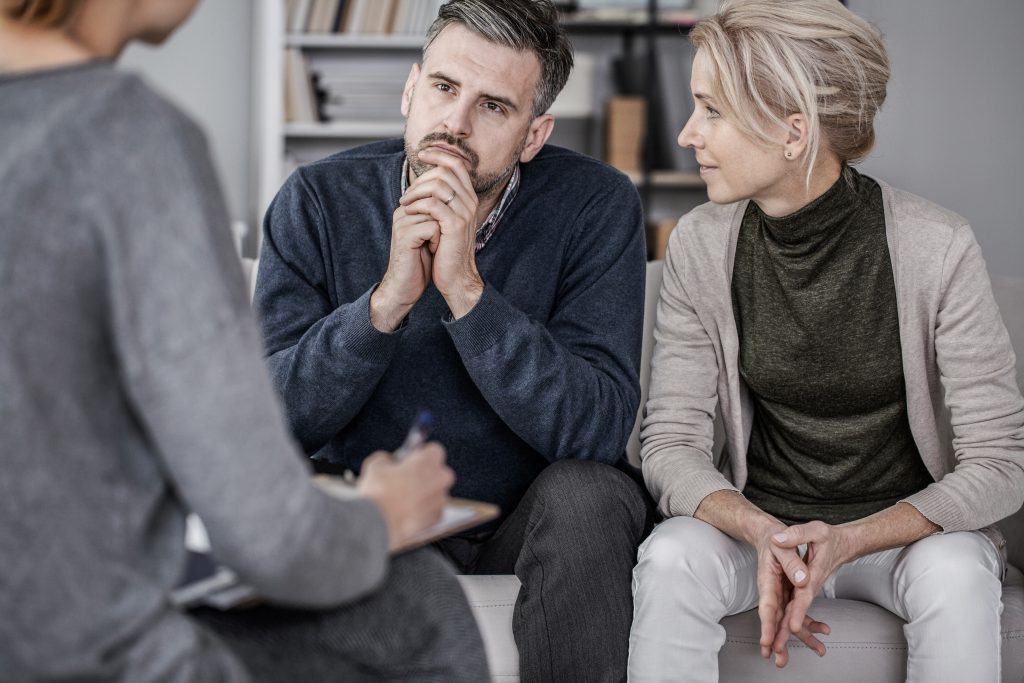 If the couple gives marriage counselling a try and they are still unable to move forward together, the counsellor can help them find ways to separate with as little resentment and negativity as possible. This is especially important if the couple has children.

Marital strife or tension can be extremely distressing for both people in the relationship. Sadly, for many couples, these problems fester for years or even decades, and by the time the couple is willing or able to address them, it is often too late. This does not have to happen. If you and your spouse or partner are experiencing difficulties, the best time to seek help is right now. Psychotherapy Clinic offers a sensitive, caring approach to marriage counselling that can help you move forward in the best possible way, as individuals and as a partnership. Call us today to make the rest of your life better. 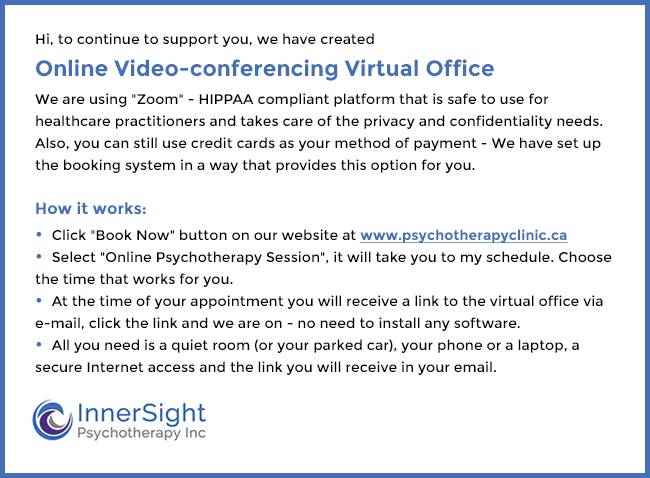